This volume is also sold as a set: click HERE

1 in stock (can be backordered)

The only encyclopedia documenting the thousands of years of Jewish presence in Russia. Arranged in separate volumes of biographies, communities and regions, schools of thought, religious, political, and social movements, and contributions of Jews to all aspects of life.

The first three volumes of the encyclopedia are devoted to prominent Jewish figures in Russia and other countries. Along with information about people whose positive contribution to history is unquestionable, we also learn about those whose personality or actions are suspect, such as party functionaries, police officials, and members of the Bolshevik Communist Party.

Volumes 3 and 4 of the encyclopedia contain an abundance of unknown or little known information on the cultural, social and religious life of the Jews in cities and towns throughout Russia, as well as information about the famous people born and raised in those places. These volumes also provide detailed information about the extermination of Russian Jews by the Nazis during WWII. 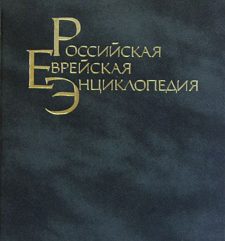 You're viewing: Encyclopedia of Russian Jewry, Vol. 5 $90.00
Add to cart
Skip to content